Characters from Road to Avonlea: Where are they now? 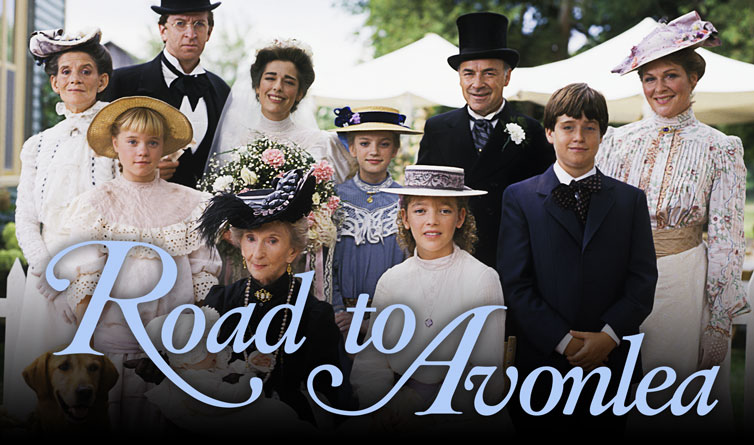 Polley continued her acting talents long after her stardom in Road to Avonlea, but not before gaining an interest in politics. She dropped out our acting school at 17-years-old and decided to devote her values to left-wing activism.

However, Polley couldn’t escape her talents forever. In 1997, she accepted a role in The Sweet Hereafter, which won many awards and was nominated in the Oscars. Staying committed to Canadian directors, Polley acted in many films beginning in 1977 including The Planet of Junior Brown and The Hanging Garden. She was starting to make headlines, appearing in Vanity Fair’s Hollywood Issue in 1999. However, despite her up-and-coming fame in Hollywood, Polley turned down a few major titles like the female lead in 2002 The Bourne Identity.

Polley also pursued a writer-director career. Her first film in 1999, Don’t Think Twice, was written and directed at age 20. She is also well known for her work on award winning films like Stories We Tell (2012), and Genie Award winning I Shout Love (2001).

One of her biggest accomplishments during this time is her film Away from Her, (2006), winning 6 Genie Awards and earning Polley the first woman to receive a Genie Award for Best Motion Picture, Adapted Screenplay and Achievement in Direction. In 2012, her personal documentary Stories We Tell was another big highlight for Polley’s career, named top 10 features of the year by the Toronto International Film Festival and, in a poll by TIFF, named top 10 Canadian films of all time. The film also won best documentary by multiple organizations and awarded $100,000 in Best Canadian Film prize money.

Keep an eye on Polley, you’ll never know what she’ll succeed in next. Her latest accomplishments include adapting Margaret Atwood’s Alias Grace (2017) and John Green’s novel Looking for Alaska.

Zamprogna, known as the sassy big sister of the King family in Road to Avonlea, has channeled some of Felicity’s authority and is now teaching pilates and acting classes.

Zamprogna had trained at Theatre Aquarius Preforming Arts Programme and then later attended Queen’s University for a BA in Arts in Drama, where she graduated in 2000.

You’ve may have seen Zamprogna acting in By Way of the Stars, Murdoch Mysteries and The Challengers. Her best-known role as Felicity King in Road to Avonlea earned her 5 different nominations for both Gemini and Young Artist awards.

Zamprogna has taught acting and dance for Theatre Aquarius for 15 years and is a registered teacher of the Royal Academy of Dance for 20 years.

Her first established pilates studio was located in Burlington, Ontario. She then established Grimsby Pilates and started teaching musical productions at other theatres on the side. In 2017, Zamprogna and her sister Amanda opened Zamprogna Arts in Hamilton, Ontario.  This studio is a preforming arts program for young people.

Before her award-winning role as Hetty King, Burroughs used to preform live theatre in Ontario’s Stratford Festival and acted in many other films including The Ernie Game (1967) and The Grey Fox (1982).

Burroughs has over 100 acting credits on IMDB, with 9 awards and 14 award nominations. Her first award was the Canadian Film Award for best actress in 1969 for the TV film Dulcima. In 2005, Burroughs received Canada’s highest honour in preforming arts: The Governor General’s Performing Arts Award for Lifetime Artistic Achievement.

You may have recognized her in The Dead Zone (1983) and Lost and Delirious (2001). Her last acting job was a voice actor in the cartoon TV series Scaredy Squirrel.

She also had a talent for being behind the camera as well. One of her films, A Winter Tan (1987), was produced, directed, acted and co-written by Burroughs. This film earned her a Genie award.

Jackie Burroughs passed away from stomach cancer in Toronto, September 22, 2010. She was with close friends and family.

Mag Ruffman didn’t shy away from the TV scene once Road to Avonlea was completed. The actor turned host/producer started her own series A Repair to Remember and Anything I Can Do, featuring her DIY tool master skills! She also hosted the show Men On Women for the W Network in Canada.

Aside from the big screen, Ruffman decided to start her own home repair weblog at toolgirl.com. She is also a writer for repair in How Hard Can it Be?, and Canadian bestseller We’re All in this Together, featuring the life with Steve Smith, who is known for The Red Green Show.

Since her spotlight in Road to Avonlea, you may have noticed Ruffman’s voice in the carton TV series Timothy Goes to School or her acting skills in Alias Grace.

After earning 3 Gemini Award nominees as Gus Pike in Road to Avonlea, Mahonen continued his acting career, appearing in both TV shows and films. You may have seen him in All Hat (2007), Blindness (2008), or the popular Conspiracy of Silence (1991), in which he won a Gemini Award for Best Performance by an Actor in a Leading Role in a Dramatic Program or Mini-Series.

One of Mahonen’s biggest masterpieces was Sandstorm. Mahonen wrote, directed and produced the film Sandstorm in 2004, which won 29 awards, including Best Director and Best First Feature. The film was based on the persecution of Falun Gong in China. The film was also awarded Best Feature Film at the Houston Multicultural Film Festival. The most impressive thing about Sandstorm is that the budget was under $5,000. The cast was made up of volunteers.

Mahonen has been the president and creative director of the film production company Requisite Films for almost 10 years.

After receiving 1 Gemini nominee, and 1 Young Artist nominee and award for Road to Avonlea, Bennett has continued a career in acting. You may have seen him in Sullivan Entertainment titles such as Looking for Miracles, Lantern Hill, andBy Way of the Starsas a young actor. But Bennett, now 38, is taking on some bigger roles in recent years like Maudie, Still Mine, Cube: CubeZero and Designated Survivor.

Aside from his acting career, Bennett is musically talented. His Canadian rock/alt indie band Tin Star Orphans was originally founded in 2004. The band has 2 albums, Yonder and The Days of Blinding Fear.

In 2018, Bennett starred in the short film Be My Guest, TV series Designated Survivor and Workin’ Moms, and was the voice actor in three different cartoon TV series!  Keep an eye out for Bennett in future films!