Bringing the characters to life

‍Avonlea scripts presented enormous challenges; and so did the actors who often had much to say about their character development and how it would best be reflected in what they wore. 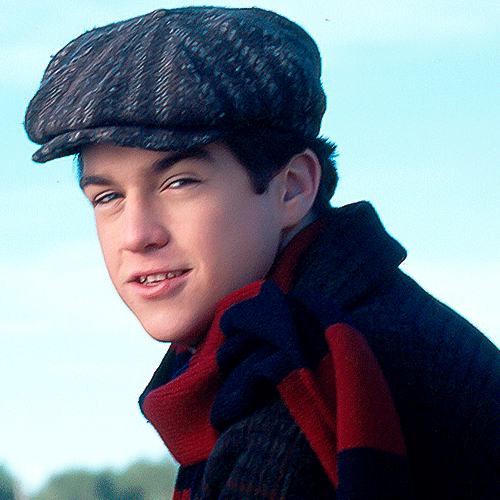 Mischievous and always getting into trouble, Felix is the eldest son of Alec and Janet King. He is quite ambitious and is always trying to find ways to make money. In spite of that, he ultimately chooses to enlist and fights bravely in the trenches during WWI.

Zachary Bennett is best known for playing mischievous Felix King on Road to Avonlea, but the series was actually one of four Sullivan Entertainment films that Bennett acted in. He acted opposite Greg Spottiswood as adorable Sullivan Delaney in the TV adaptation of A.E. Hotchner’s Looking for Miracles; alongside Gema Zamprogna in the epic miniseries By Way of the Stars; and with Sarah Polley in L.M. Montgomery’s Lantern Hill, along with his brother Gareth. 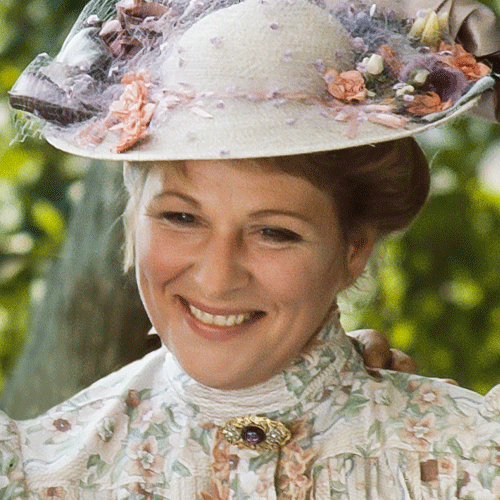 Janet is Alec’s loving but independent-minded wife. She loves her husband and children, but unlike many women of her era, she knows she is capable of being more than a wife and mother. She is not afraid to speak her mind and express her opinion about family, financial and political issues.

Cadeau has performed in stage and television acting and is a strong supporter of the Stratford Festival since 1998. Cadeau is best known for her role as Janet King in the series Road to Avonlea. In 1986, Cadeau was nominated as Best Supporting Actress for Separate Vacations in 1986 for the Genie Awards. She currently designs homes & gardens at Lally Cadeau Design in Toronto. 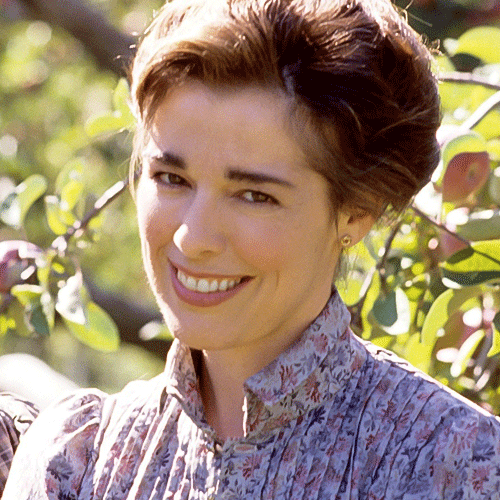 Olivia is Sara’s more affectionate, younger aunt and the youngest of the King siblings. She is the more sensitive and social one of Sara’s two aunts and is a “big sister” figure to Sara. Olivia often disagrees with Hetty, especially where men are concerned. She learns to stand on her own two feet and marries Jasper Dale despite Hetty’s disapproval.

Fans of Road to Avonlea may find Mag Ruffman’s face familiar—before she was cast as Olivia King in RTA, Ruffman appeared as shopkeeper Alice Lawson in Anne of Green Gables and the sequel. Ruffman had a memorable scene with Richard Farnsworth (as Matthew Cuthbert), where he awkwardly purchases a very special girl’s dress as a gift. Ruffman also appeared in the Sullivan Entertainment film, Looking for Miracles. 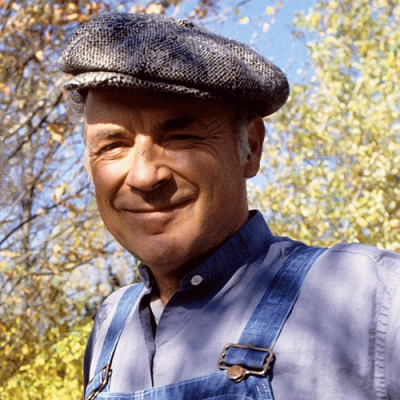 Alec is the eldest son in the King Family, which often puts him at odds with his head-strong older sister Hetty. He is a devoted husband, father and friend who often puts the needs of others ahead of his own. Alec is proud to be a farmer, but sometimes wonders what his life would be like if he had chosen a different path.

Best known as the kind-but-firm father figure from Road to Avonlea, Cedric Smith is a recognizable face to Canadian audiences—but his voice may be equally well known, as he has narrated and voiced characters in many programs. Smith will be familiar to many Sullivan fans, first appearing as Reverend Allan in 1985’s Anne of Green Gables. He was also featured in the Sullivan programs Sleeping Dogs Lie, Butterbox Babies, Anne: Journey to Green Gables, as well as seven seasons of Road to Avonlea and the Avonlea Christmas Special. Smith won a Gemini award for his work on the series in 1993. 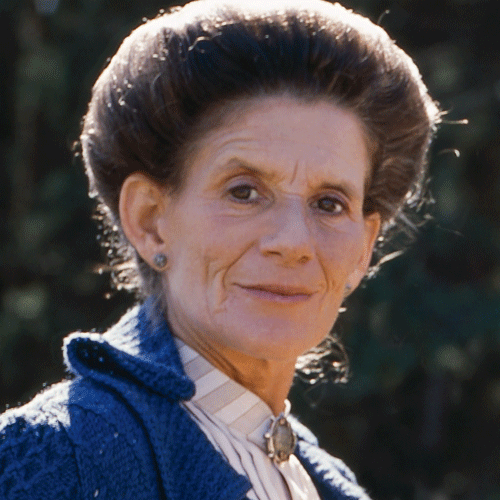 Hetty is the middle-aged, traditional and very serious school teacher of Avonlea and also the head of the King Family. She resides at Rose Cottage with her sister, Olivia, and her niece, Sara. Hetty is an important influence in Sara’s life as a strong role model and a mother figure.

The actress who played the indomitable Hetty King actually shares her character’s never-tiring attitude. Burroughs appeared in numerous television series and films since her days in Avonlea including Due South, Made in Canada, The Eleventh Hour, Slings and Arrows, as well as the American show Smallville. Some of her feature films include Lost and Delirious, A Guy Thing, Willard, Rhinoceros Eyes, The Republic of Love, Fever Pitch and Into the Labyrinth. Sadly, Jackie Burroughs passed away on September 22, 2010. 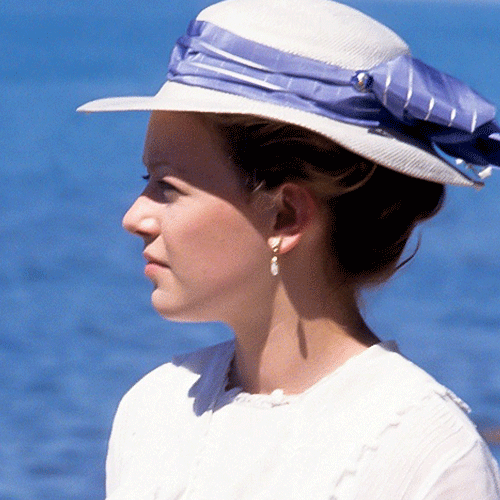 The eldest daughter of Alec and Janet King, Felicity often insists on taking on adult responsibilities and feels intellectually superior to her younger siblings and cousin Sara. Over the course of the series, Felicity wants to be a wife, a teacher and a doctor, but eventually runs the Avonlea Foundling Home.

Gema Zamprogna’s professional career began when she asked her parents if she could try auditioning for television commercials. She was cast in the TV movie Challengers, playing a girl who disguises herself as a boy to be part of a music group. This role conflicted with her part in RTA, and fortunately, shooting schedules could be rearranged to allow Zamprogna to play Felicity. She reprised the role of Felicity for An Avonlea Christmas, and also acted alongside Zachary Bennett in the Sullivan film By Way of the Stars. 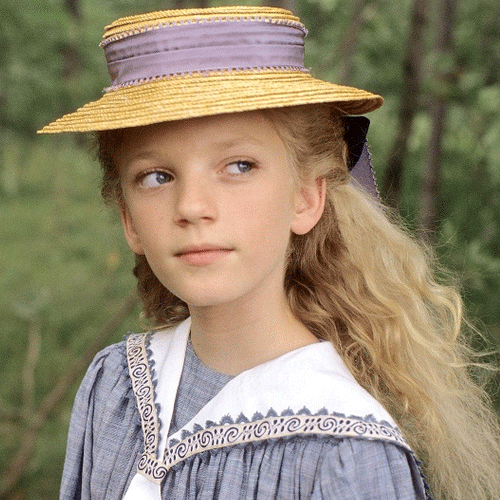 Sara is an adventurous ten-year-old girl used to living luxuriously in Montreal with her father and nanny, who must learn to adjust to simpler life in the rural village of Avonlea on Prince Edward Island. Her mother was Ruth King, sister to Hetty, Alec, Roger and Olivia, who died when Sara was a toddler. When Sara’s father runs into trouble, he arranges to have Sara stay for a time in Avonlea. Sara reluctantly stays without her nanny and lives with her single aunts Hetty and Olivia at Rose Cottage. Sara learns to appreciate the lifestyle Avonlea has to offer and eventually comes to enjoy it.

Today, Sarah is an accomplished actress, writer, producer and director. Sarah garnered international attention with the film Away From Her, for which she adapted the short story, The Bear Came Over the Mountain written by Canadian author Alice Munro. Most recently Sarah is credited with the successful adaptation of the 1996 novel Alias Grace by Margaret Atwood. The miniseries Alias Grace is available on Netflix. 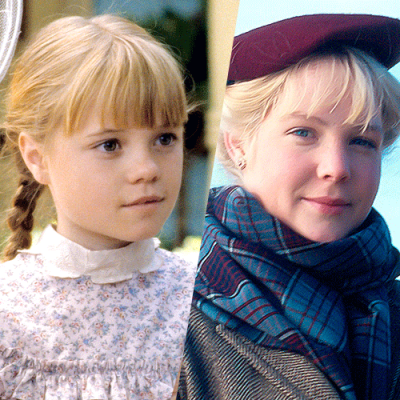 Cecily King is the third child born to Alec and Janet King. She has a mild temperament and often acts as an intermediate between her bossy sister Felicity and her free spirited cousin Sara Stanley. Cecily becomes ill with tuberculosis and goes to a sanitarium in the United States. She is more interested in farm work then her brother Felix, and Alex considers leaving the farm to her.

Harmony Cramp was the lovely, blonde Cecily King during the first five seasons of Avonlea. In the sixth season of the series, the actress Molly Atkinson took on the role. Writers of the series wanted to develop Cecily’s character and give her a bigger role in the upcoming seasons and they needed an older actress. 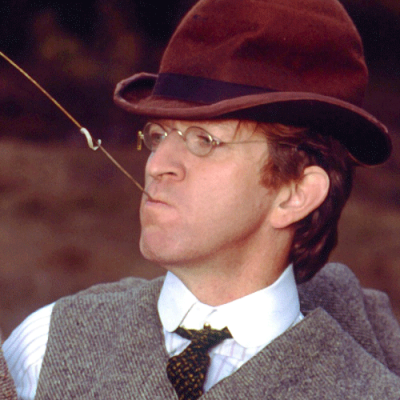 A shy photographer with a stutter, he is also a talented inventor who wins the heart of Olivia Dale. Jasper may be awkward and socially inept at times but he has a heart of gold and loves Avonlea almost as much as Olivia.

R.H. Thomson has been one of the leading actors in Canada for the past 30 years, performing extensively on stage, television and film. His work has encompassed a wide range of roles as an actor and as a director, narrator and television host. 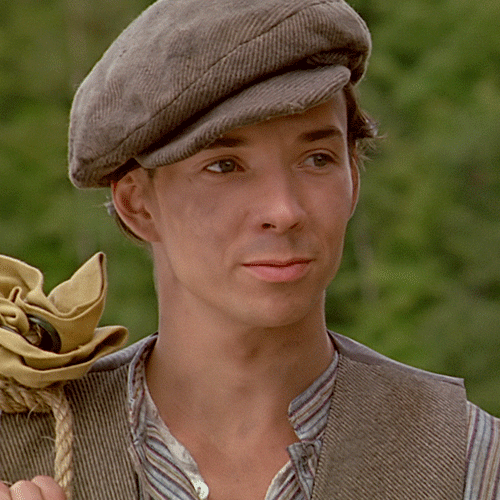 Well recognized for his “Maritime English”, Gus is a young vagabond who grows to earn the respect and love of the Avonlea townsfolk. In spite of his humble beginnings, he also manages to win the love of Felicity King.

Born and raised in Kirkland Lake, Ontario, Michael is an award-winning actor, screenwriter, director and film producer whose work has been seen in over 150 countries around the world. Mahonen attended and graduated from Toronto’s George Brown College in 1989. The following year, Mahonen was selected to play Gus Pike in the Road to Avonlea series. Originally, he was only supposed to be featured in two episodes, but with the praise of viewers, his contract was extended for two more years. Mahonen won 3 Gemini Awards for his role in the series.